Why Is It Important to Know How Each Component in My Chimney Work?

Understanding Your Chimney from the Inside and Out 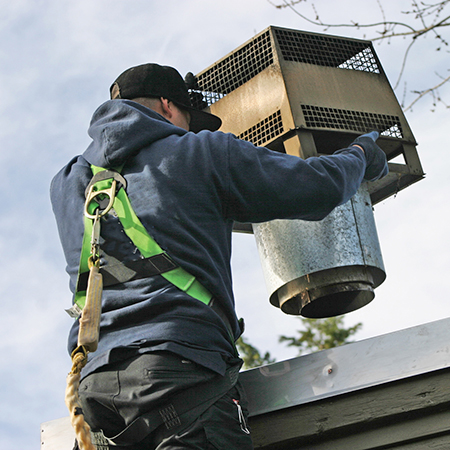 Let’s be honest; how well do you really know your chimney? The chimney is comprised of several critical components, and each one has a specific purpose. Together, they draw in oxygen to fuel the fire, push smoke and fumes out of your home and insulate the high heat within its structure. With a better understanding of the anatomy of the chimney, you can maximize the efficiency of your fireplace and more readily communicate any issues with your chimney service provider.

The following is a glossary of terms of the main parts of the chimney:

Located at the foot of the chimney is the floor of your fireplace known as the firebox. This is where you stack the firewood logs to fuel the fire. The ash from the fire falls underneath into the ash dump.

The throat is a narrow section between the firebox and damper. It breathes in the oxygen drawn into the flue and expels smoke and fumes created during combustion in the firebox.

The smoke shelf is a flat surface just above the throat. It’s slightly tilted to help expel smoke and fumes up the chimney where it exits the flue. The smoke shelf also helps protect the firebox catching drops of water or snow and debris that may fall into the flue. 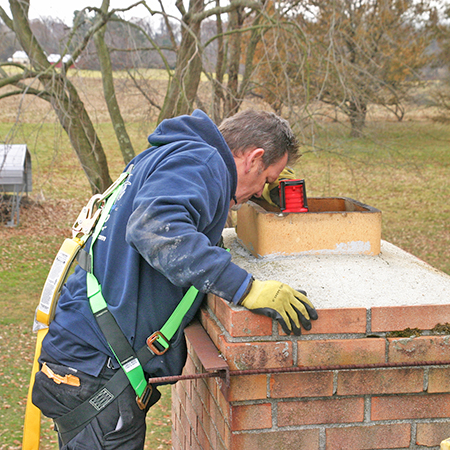 The damper acts as a lid for the fireplace. It is positioned in the middle of the flue, just above the smoke shelf. It is easily opened or closed using a lever. The damper should remain fully open when starting a fire. The damper can also be used to manage a fire by partially closing it to limit oxygen intake and help minimize downdrafts during windy days. The damper should be fully closed when the fireplace is not in use to prevent water, pests, and debris from damaging the interior of the chimney.

The flue liner covers the flue inside the chimney insulating the masonry from the high temperatures, smoke, and contaminants. It increases your heating efficiency and keeps the flames, embers, and heat away from the combustible elements of your home’s structure.

The top or head of the chimney is the crown. A chimney crown (also known as the chimney wash) is a slab that seals the chimney’s top to protect the masonry surface underneath. It may be made of concrete, stone, and sometimes even metal. The crown is sloped to push rain or snow away from the exposed flue pipe. For additional protection, many homeowners install a stainless-steel chase cover to protect a cement chimney crown.

Placing a cap on the chimney is like putting a hat on a person’s head. It’s fitted to cover the exposed flue pipe. Most newer chimney caps are comprised of stainless steel with a wire mesh. The mesh covering enables the chimney to breathe while keeping small animals, pests, and debris out of the flue. It also further protects the chimney from rain, water, and windy conditions. Some caps also have a built-in spark arrestor that protects the roof from hot embers that could otherwise fly out of the flue and onto the roof.