Chimney caps are installed at the very top of the exterior of a chimney to serve as guards against rain, debris and other outside elements. Severely damaged chimney caps should be replaced as soon as possible. If your chimney has no cap, we can install one that will perform well for years and save you a lot of money down the line on expensive repairs.

A quality chimney cap will do three very important jobs. Let’s look at each. 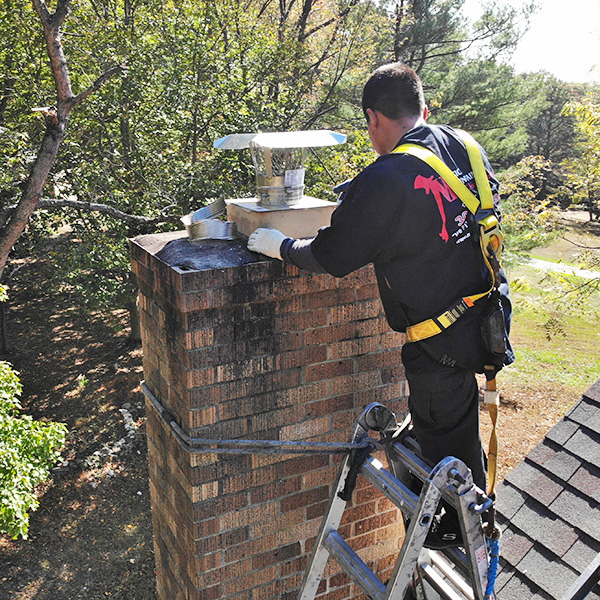 With no covering for your flue opening, rain and snow can fall right into the structure. When this happens, the moisture quickly begins to erode the chimney liner and the chimney’s interior masonry. This leads to more damage when moisture literally begins to decompose the entire structure.

The primary function of chimney components such as chimney crowns, flashing and, of course, chimney caps, is to prevent the infiltration of water. Water and bricks don’t mix. So if you’ve been operating your chimney without a sturdy cap, call us for fast chimney cap installation today. All work is overseen by technicians certified by the Chimney Safety Institute of America and the National Fireplace Institute.

Who would want to live inside a chimney? Certainly not us, but lots of small animals love it. Chimneys can become homes to squirrels, bats, rodents, snakes, racoons, birds and other critters. Some of them build nests, which cause a drafting obstruction that can send smoke and dangerous carbon monoxide into the home. Some small animals die inside chimneys, leading to more obstructions plus unwanted odors.

Without a chimney cap, not only animals but leaves, twigs and other tree debris can find their way into the flue and block air flow. This debris also can add fuel to a chimney fire started by burning creosote. A secure chimney cap prevents all these scenarios.

A final function of chimney caps is to keep fiery embers from spurting out the top of the chimney and landing on the roof. This can easily lead to a blaze on the roof that may not be noticed until much damage has been done.

Operating a chimney without a well-fitted chimney cap is asking for trouble. For just the moderate cost of a new cap and professional installation by our certified chimney sweep team, you can avoid the future cost of serious water damage or fire repair. If you have a faulty chimney cap or don’t have one at all, let us solve the problem today. 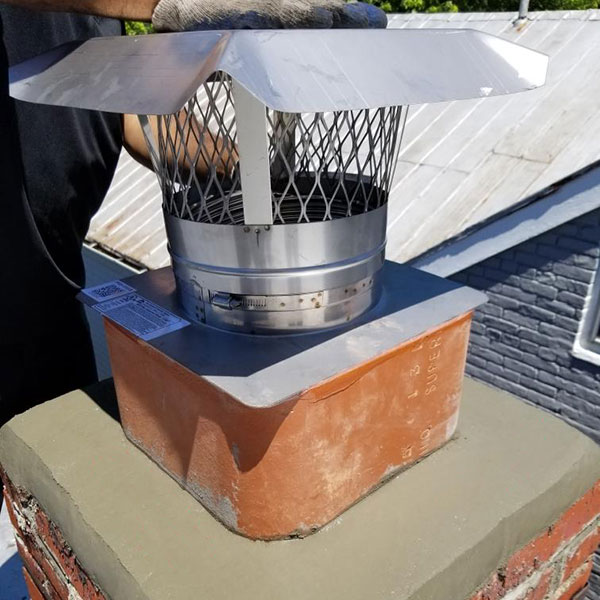 Neither chimney caps nor any other component of chimneys or fireplaces should be installed by anyone other than a trained, certified professional. Too much is at stake to allow a novice to start fiddling around with intricate chimney systems. When you put the Magic Mountain team to work for installation, repair, inspection or chimney sweep services, you’re ensured of the satisfaction that comes from a job done right the first time.

Do you need to have a new chimney cap installed? Call (301) 695-6991 for fast, reliable service. Magic Mountain Chimney Sweeps holds the highest industry certifications and is a member of the National Chimney Sweep Guild.