Where To Place The Chimney Cap, Chimney Cover, and Chimney Crown? 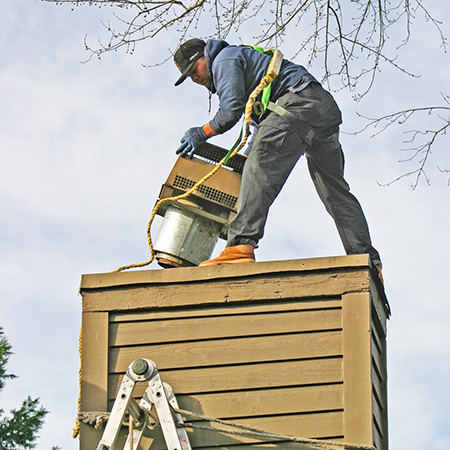 At first glance, the chimney appears to be a single structure attached to the roofline of your home. But upon closer inspection, you will notice that the anatomy of a chimney is comprised of several components. The top three exterior parts are the chimney cap, chimney crown and chase cover. It’s important to not only understand the differences between these critical components but to also understand their function in helping to keep your home and family safe.

The top of the chimney is the chimney crown. It is also sometimes referred to as the chimney wash.  Its primary purpose is to protect the chimney from water damage. The sloped surface pushes rain and snow away from the flue and crown edge like an umbrella. But many chimney crowns are very basic, constructed with leftover cement and mortar during its original construction. They are very susceptible to cracking when exposed to harsh weather which can result in leaks inside the flue. And during heavy rains, water can still get inside the flue. The Chimney Safety Institute of America (CSIA) recommends chimney crowns be cast or formed using Portland cement with a 2-inch minimum overhang minimum on all sides of the chimney.

The chimney cap is installed on the crown in masonry chimneys or the chase cover in a prefab chimney.  It covers the flue and its wire mesh screen prevents twigs, birds, rodents and other debris from getting trapped inside. It also does a better job in keeping water out of the flue and helps reduce downdrafts. There are a variety of attractive chimney cap styles, but those that are manufactured with stainless steel are often preferred since they are resistant to rust, mold and bacteria. They also contain a spark arrestor that protects the roof from hot embers that can fly out of the flue. Chimney caps are available in a variety of attractive designs, but it is vital to have the correct size to fit your chimney. 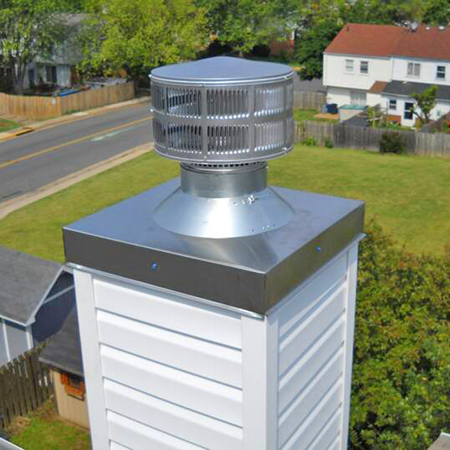 Chase covers, also called top pans, are often confused with a chimney cap, but they are an essential component of a factory-built chimney. The chase cover attaches to the crown to protect it from weather damage. In many prefabricated chimneys, the original chase cover is manufactured with a thin sheet of metal that can stain, rust and lead to water leaks.  Replacing it with a 24-gauge stainless steel chase cover solves those problems. Also, the chase cover has a center collared hole that fits over the flue to allow the venting of fumes. A chimney cap is attached to the collar to keep water, pests, and debris out of the flue.

If you are experiencing chimney problems and are not sure if the chimney crown, chase cover or chimney cap is the cause, get in touch with a chimney professional as soon as possible. Solving these types of issues quickly will prevent any further damage and reduce repair costs.