What Can I Do To Remove Creosote Out Of My Chimney?

How to Reduce Creosote in Your Chimney 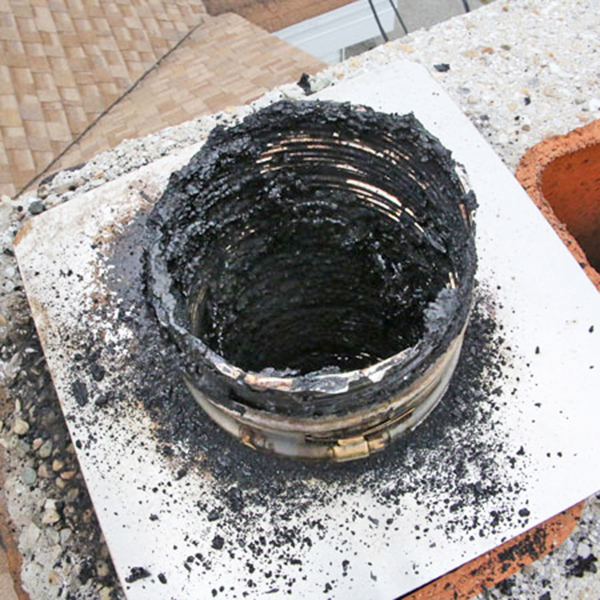 As you enjoy the warmth of your fireplace, something else is building in your chimney. It’s called creosote, a sticky, tarry substance that becomes flammable in excessive quantities. And if you don’t take steps to minimize its accumulation, you increase the risk of a chimney fire. Many chimney fires go unnoticed until they spread to combustible parts of the home. Each year over 20,000 house fires result in more than $100 million in damages. In most cases, the cause was excessive creosote in the chimney.

But before we discuss ways you can minimize creosote, we first need to understand what it is and why it is so dangerous. Creosote is produced during the chemical reaction of combustion. The chimney expels much of the exhaust, but some of the sticky creosote residue clings to the interior walls and other components.

At first, the creosote is composed primarily of carbon soot. It is not considered dangerous at this point and is easily removed. But as the creosote continues to accumulate with each successive lighting of the fire, it becomes a hardened, tar-like substance that is not only extremely difficult to remove but is also highly flammable.

How to minimize creosote

There are several things you can do to minimize the accumulation of creosote inside the flue:

Reducing creosote build-up starts with the logs you use in your fireplace. Burn only hardwoods that have been seasoned for at least six months. Hard, dry woods are a much more efficient source of heating. They not only burn cleaner but at higher temperatures for more extended periods. Avoid using freshly cut or “green” woods. These types of woods have a high moisture content. The moisture creates a smokier fire with more creosote residue. Unseasoned wood is also very inefficient, burning faster at lower temperatures.

Ensure proper airflow to the fireplace

Now that you have the right kind of firewood in the firebox, the next way to minimize creosote is to make sure the damper is fully open when you are using the fireplace. It will ensure proper airflow through the chimney. You need an ample supply of oxygen to ignite the fire and to continue burning the wood logs efficiently.  If you restrict airflow to the firebox, then your fire will not burn efficiently, resulting in more substantial amounts of partially burnt wood particles and (you guessed it) more creosote.  If the weather is getting rough, you can minimize downdrafts by partially closing the damper. But be careful to avoid closing the damper entirely before extinguishing the flames, or you risk exposure to carbon monoxide fumes and even more creosote accumulation in the flue.

How you stack your logs plays a vital role in the efficiency of your fireplace. The more efficient your wood burns, the less creosote is produced. When stacking your wood logs in the firebox, ensure there is some air space between the logs. Allowing oxygen to flow around the logs will help it to burn more efficiently while reducing the amount of smoke, soot, and creosote. 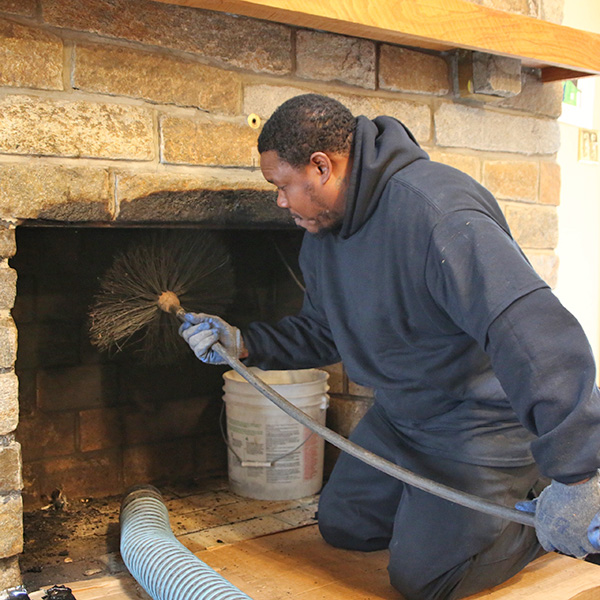 While the above tips will help you burn cleaner with less creosote residue, it doesn’t prevent its accumulation. The best way to avoid the build-up of excessive creosote is with an annual chimney inspection and cleaning. According to the Chimney Safety Institute of America (CSIA), an accumulation of 1/8″ or more of creosote should be removed. If it’s been more than 12 months since your last cleaning, contact us to schedule a Certified Chimney Sweep® today.