What's Causing My Chimney Bricks To Crumble & How Can I Fix it?

Crumbling Chimney Bricks & Mortar: What You Need to Know

Over time and if neglected, every chimney will fall into disrepair. There may be problems with components such as the chimney cap or chimney liner, but these usually can be easily remedied. Damage to your chimneys bricks and mortar may not be so simple to fix.

For this reason, it’s important to schedule annual chimney inspections so you can keep abreast of the condition of your chimney’s masonry year by year. When a problem is detected early, basic repairs often can solve it.

Why does chimney masonry begin to crumble? 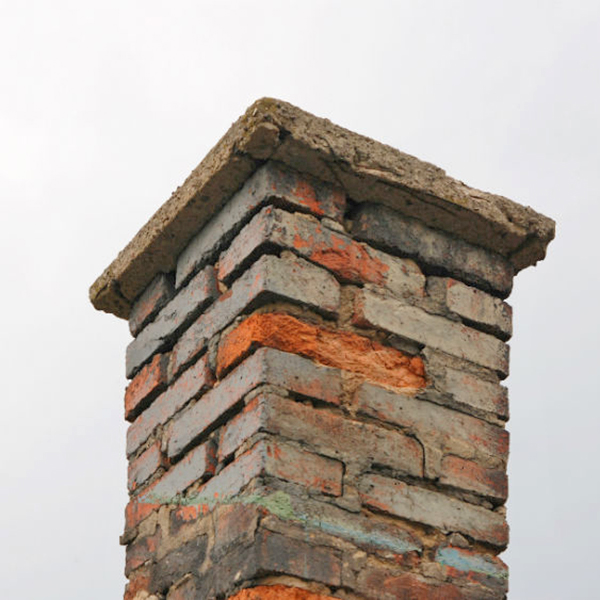 Several things can cause damage to a chimney’s bricks and mortar. They include:

One of the biggest reasons for crumbly, damaged chimney masonry is water infiltration. If your chimney has small cracks, water can get in and will freeze and expand when the temperature drops. This will lead to further damage and start a cycle that can eventually cause major structural and safety issues.

Water also can infiltrate cracks in the cement chimney crown and destroy parts or all of it and then damage the bricks covered by the crown. Dislodged or missing roof flashing is another way water can do damage, in this case to the hidden areas of the chimney within the house and to the house itself.

Signs of a chimney leak and/or brick damage

Watch for these common signs: 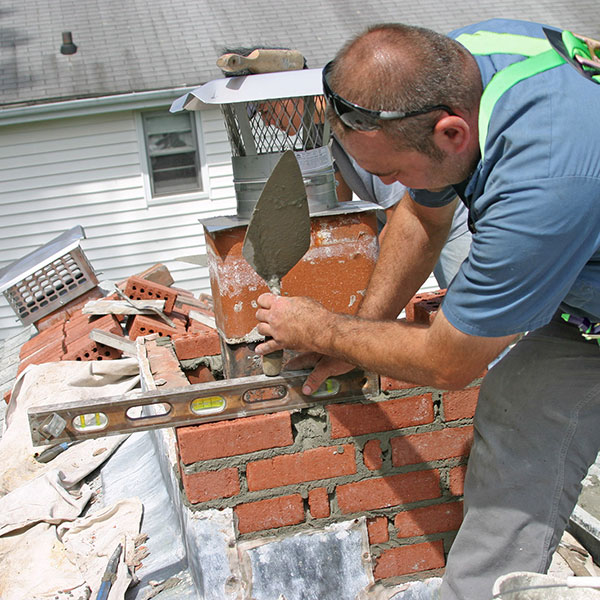 How do you fix a crumbling chimney?

The first step is to have your chimney inspected. Only then can you know the extent, cause, and location of the damage.

Chimney repair services often include applying a waterproof sealant to the masonry and chimney crown. This is a good option if the damage is minor and all you need to do is prevent more water from getting in.

Tuckpointing is a process whereby fresh, new mortar is added to sections where the mortar is missing. If there are cracked or loose bricks, these individual bricks usually can be replaced.

When a chimney is severely damaged, partial or complete chimney rebuilding is called for. Chimney rebuilds should only be performed by a trained, certified chimney professional, never by a novice or a “handyman.”

Crumbling masonry is one of the early signs that your chimney may be headed toward serious damage and unsafe operation. If you know – or suspect – your chimney has any of the issues we’ve talked about here, give us a call today and get the problem solved.

Magic Mountain Chimney Sweeps of Frederick, MD, is on call year-round to help with all types of chimney repairs, chimney inspections, and chimney sweep services. Count on us to do the job right the first time. Call (301) 695-6991 with questions or to schedule an appointment.